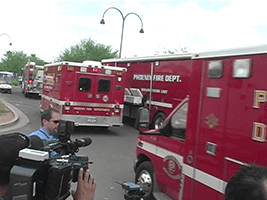 Firefighter’s Yard Work Brings Tears Goes Viral in Baytown, Texas respond to many 911 emergency calls. A recent medical emergency call proved it wasn’t just another assignment. The family of John Mc Cormick says it was nothing less than extraordinary. Acts of kindness by Baytown emergency personnel helped restore their faith in humanity and remind everyone of the goodness of strangers.

John Mc Cormick, 65 has a long history of heart problems and had undergone a quadruple bypass. Mc Cormick’s lingering health issues have continued despite his best efforts. Mc Cormick was mowing his yard recently when he suffered a heart attack and collapsed. His family called 911 for help. EMT’s responded and performed CPR until they got a pulse and some stability. McCormick was rushed to the hospital by first responders as is standard operating procedure.

As they left the hospital and headed back to Station 4, one of the firefighters had an idea. Why not go back to McCormick’s home and finish the yard work for him?

The crew fought over who’d go first and took turns behind McCormick’s lawn mower by the time they finished the backyard. They locked everything in the garage and left a short heartwarming note to his wife. “We felt bad that your husband didn’t get to finish the yard, so we did.”Firefighter’s Yard Work Brings Tears Goes Viral.

The random act might have seemed like no big deal to the crew but left tears in the McCormick’s eyes. “People still do random acts of kindness every day for people they don’t know. With that, I am greatly moved,” says McCormick’s daughter.

While firefighters were mowing the yard, a neighbor secretly took photos and posted them to social media. The neighbor’s photos went viral and gained appreciation from near and far.

Unfortunately Mr. McCormick lost his gallant battle for life a couple of days later. Despite her grief, Mc Cormick’s wife wanted to publicly thank the men of Station 4 for showing everyone that a single random kindness can have a big impact. “It speaks to their character,” she said. “The honor is doing the right thing when nobody’s looking.” Firefighter’s Yard Work Brings Tears Goes Viral. 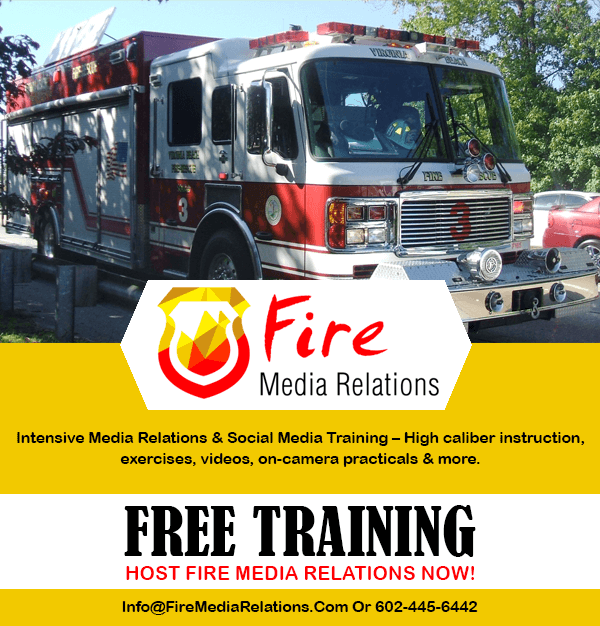